2 rescued from sailboat aground, overturned off New Jersey

ATLANTIC CITY, N.J. (AP) — Coast Guard authorities say two people were rescued after their sailboat ran aground and overturned in breaking surf off New Jersey. Officials say the 33-foot sailing vessel Free Bird was heading for Atlantic City when it ran aground and began heeling over in shoals near Little Egg Inlet at about 8 p.m. Friday. An MH-65 Dolphin helicopter and rescue boats responded and found the vessel “hard aground and on its side in breaking surf.” A rescue swimmer was lowered and helped the two people away from the overturned vessel and its mast to allow them to be hoisted to safety. The two were reported in good condition.

The bleary and intimate track creeps at the corners of consciousness. 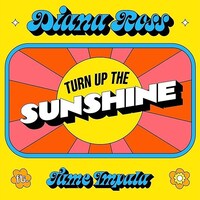 The legendary disco diva teams up with Tame Impala for a new Minions movie soundtrack cut.

The pop star has spent a life on the go, so the pandemic offered him a rare chance for reflection, to separate the person from the pop star. Also, of course, to record a new album.

Rina Sawayama packs a Shania Twain reference, an over-the-top guitar solo, a rebuke of paparazzi callousness and a kiss-off into the space of a glammy, country-pop inspired banger. 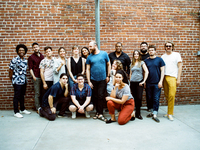 The Los Angeles-based band refurbishes an enigmatic, but entrancing piece by the late Julius Eastman, whose music is enjoying a well-deserved resurgence.