Authorities have released the name of a woman who was killed when her car and a school bus carrying 10 children collided in Lakewood.

Ocean County prosecutors say Carol Boccadutre was pronounced dead at a hospital Friday night, not long after the accident occurred. They say the 76-year-old Jackson woman was trying to make a left turn from a restaurant parking lot when the accident occurred around 3:30 p.m.

Seven children who were riding on the bus were treated at a hospital for minor injuries, while three others were released to their parents at the accident scene.

The cause of the accident remains under investigation. No charges have been filed

The founding father of American punk and a fixture in the 1970s New York rock scene died Saturday as the result of a brief illness.

Public radio hosts chime in on what artists are up for a big break in 2023. 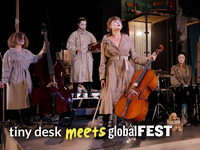 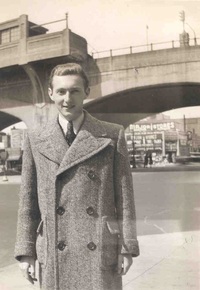 Forensic musicologists race to rescue works lost after the Holocaust

The Exilarte Center in Vienna is the world's leading research institution devoted to preserving the work of composers such as Walter Arlen and others, who were exiled or killed during the Holocaust.