Legendary Jersey musicians, and longtime songwriting partners, Glen Burtnik and Bob Burger recently stopped in at Brookdale Public Radio to play a few songs together (for the first time) and chat with Jeff Raspe in preparation for their big co-headline show at the legendary Stone Pony in Asbury Park. Check out this archived version of the interview to hear a song they played that wasn’t broadcast with the rest of the interview.

Nicole Atkins and the Dans from her band The Sea recently stopped by 90.5 The NIGHT to chat with Music Director Jeff Raspe and play a few songs from their new CD “Neptune City.” Be sure to listen to this archived version of the performance to hear them take a stab at a Bruce Springsteen song that we didn’t broadcast. Listen to the interview & performance here.

The band Robbers On High Street recently stopped by Brookdale Public Radio and played a few songs from their new album “Grand Animals” and chatted with Music Director Jeff Raspe. Even if you heard the interview/performance on the air, you’ll want to check out this archived version that has them playing a John Lennon song that we didn’t broadcast. You can check it out by clicking here. 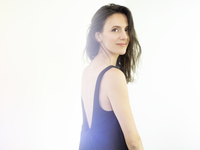 Olivia Newton-John, a sexy nerd for the rest of us

She was never just that prim prude from the start of Grease, nor the strutting vamp from its finale. Her superpower, for over 50 years, was embodying both at once.

How a Grammy-winning Pueblo musician influenced the soundtrack for 'Prey'

Prey, the new prequel to the 1987 blockbuster Predator streaming on Hulu, features a sophisticated soundtrack influenced both by Native cultures and video games 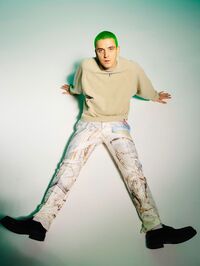 Lauv longs for the happiness of childhood on 'All 4 Nothing'

One of pop music's main advocates of normalizing mental health issues, Lauv released a new album on Friday; it's called All 4 Nothing.

Interpreting the music of Julius Eastman, Wild Up honors the composer's vastness

The feat the Los Angeles group Wild Up achieves in interpreting the music of Julius Eastman is the refusal to attempt impersonation — the musicians make him their muse without fetishizing him.