Defrocked Cardinal Theodore McCarrick is facing another sexual abuse lawsuit, from a man who claims McCarrick abused him in the 1980s when McCarrick was serving in New Jersey. Plaintiff Michael Reading alleges McCarrick engaged in sexual contact with him in 1986 while on a trip to the New Jersey shore. The alleged abuse occurred around the time McCarrick ordained Reading as a priest. The claims come as a two-year window nears completion for people to file abuse lawsuits regardless of how far back the alleged abuse occurred. An attorney representing McCarrick declined comment Tuesday. McCarrick faces several lawsuits in New Jersey as well as criminal charges in Massachusetts.

We're crate-digging to examine the legacy of the late pianist McCoy Tyner, uncovering a concert gem recorded at the Village Vanguard in 1997.

From their unlikely start as rival contestants in a music competition, the Venezuelan cuatro players of C4 Trio have become a big concert draw. They're releasing a series of EPs ahead of a new album.

Host Christian McBride talks with vocalist and 2020 NEA Jazz Master Bobby McFerrin. We'll hear tracks from his vast catalog, stories from his illustrious career, and an impromptu jam with Christian. 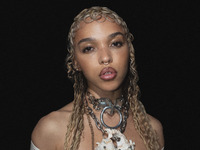 On 'CAPRISONGS,' FKA twigs vibrates at her highest frequency

The artist's community-oriented mixtape is a milestone of personal and professional transformation.

On 'Dawn FM,' The Weeknd is both suffering and saved