NEW YORK (AP) — The Justice Department says a Pennsylvania mortgage company owned by billionaire businessman Warren Buffett’s company discriminated against potential Black and Latino homebuyers in Philadelphia, New Jersey and Delaware. Officials are calling it the second-largest redlining settlement in history. Trident Mortgage Co. deliberately avoided writing mortgages in minority-majority neighborhoods in West Philadelphia, Camden, New Jersey and in Wilmington, Delaware. That’s according to a Justice Department Consumer Financial Protection Bureau settlement with Trident. As part of the agreement with the government agencies, Trident will have to set aside $20 million to make loans in underserved neighborhoods. 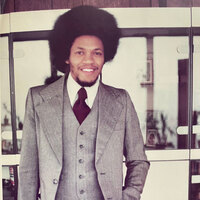 Abdul Wadud, expressive cellist who blazed a trail in improvised music, dies at 75

Although much of his work was as a sideman, Wadud was one of the most important jazz musicians of the 1970s, '80s and '90s. 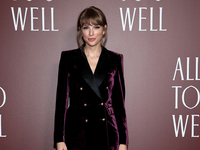 Taylor Swift says she had never heard of the group 3LW or their 2001 song "Playas Gon' Play" before a lawsuit was filed against her accusing her of stealing lyrics.

Songwriter Lamont Dozier, who co-wrote hits for the Supremes and Four Tops, has died

Dozier died at 81. As part of the songwriting team Holland-Dozier-Holland, he co-wrote dozens of hits, including "Baby Love," "Heat Wave" and "Reflections," helping to define the Motown sound.