DEAL, N.J. (AP) — A coalition of environmental and fishing groups says New Jersey should drop a plan to double the amount of money it spends on beach replenishment. The groups on Thursday decried the state’s plan to increase the amount it spends on shore protection from $25 million to $50 million a year. They say that money would be better spent on measures to address repetitive flooding in the northern and central parts of the state along the Raritan and other rivers that often sustain catastrophic damage during storms like Tropical Storm Ida. Assemblyman Vince Mazzeo, a sponsor of the beach funding bill, had no immediate comment on the coalition’s criticism.

The folk duo's new single, from its forthcoming album Juniors, highlights a poignant sentiment about love and loss. 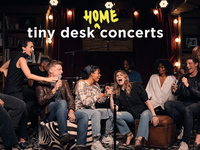 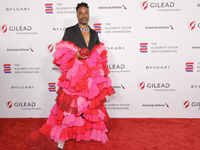 Harry Styles isn't the leader of a fashion revolution, but neither is Billy Porter

Marginalized members of the LGBT community were pushing the binaries of gender fashion long before celebrities moved in.

From bankruptcy to IPO in a year? It's a tune Guitar Center might play