Manchester Orchestra‘s new album “The Million Masks of God” was released April 30 2021. The urgent and sweeping first single, “Bed Head” comes alongside a cinematic video directed by Andrew Donoho, which finds a home haunted by a spectral Andy Hull. “‘Bed Head’ is two old friends existing in two separate realities,” explains Hull. “It’s a conversation about the lives they lived, the consequences of life’s decisions, and finding purpose in trying to be better.” Produced by Manchester Orchestraís lead songwriting duo of Hull and Robert McDowell, Catherine Marks (PJ Harvey, The Killers) and Ethan Gruska (Phoebe Bridgers), “The Million Masks Of God” presents an even grander scale of the epic and re-focused approach to record-making that the Atlanta GA-based band has forged in recent years. Their sixth album finds Hull, McDowell, Tim Very, and Andy Prince relentlessly pushing themselves to create a work that breaks beyond the scope and limits of every previous release in an effort to create their most towering achievement to date, all while sorting through the aftermath of a devastating loss. “The Million Masks Of God” can be seen, in a way, as the band’s sophomore album following a rebirth with “A Black Mile To The Surface”, and Hull’s early concept for this record was a natural extension of the main theme of its predecessor. “If Black Mile was this idea of from birth to death, this album would really be more about from birth to beyond, focusing on the highs and lows of life and exploring what could possibly come next,” he explains. 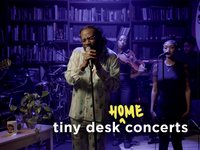