Prosecutors say a new murder-for-hire accusation against a New Jersey man in the death of his father two years ago could result in a life sentence without possibility of parole. Thirty-year-old Mark Austin of Brick Township and a codefendant were originally charged with murder, conspiracy and weapons counts in the death of Austin’s 55-year-old father, Mark, who was found beaten to death in his Brick Township home in September 2019. Ocean County prosecutors on Friday announced a superseding indictment against Austin alleging that he procured commission of the murder with payment or promise of payment. A codefendant has pleaded guilty. Austin’s attorneys earlier accused authorities of tricking the co-defendant into a false account of the case. 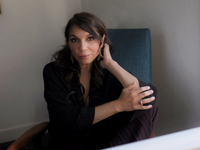 Pianist Lara Downes re-centers the music of the Great Migration

Pianist Lara Downes' latest mini-album traces the story of the Great Migration of Black Americans from the south in the early to mid-20th century, with music by Florence Price and Harry T. Burleigh.

Let's go deep on Yola's 'Stand For Yourself'

In this session, Yola talks about what it means to "own thyself," shedding an inferior version of herself, working with Brandi Carlile and playing Sister Rosetta Tharpe for a new movie about Elvis.

The British actor and singer played abolitionist Harriet Tubman in Harriet, and Aretha Franklin in Genius: Aretha. Now Erivo has a debut album. "I sing often with a bit of a smile," she says.

NPR's Scott Simon speaks with artist and producer Finneas, best known for his work with sister Billie Eilish, about his debut album.