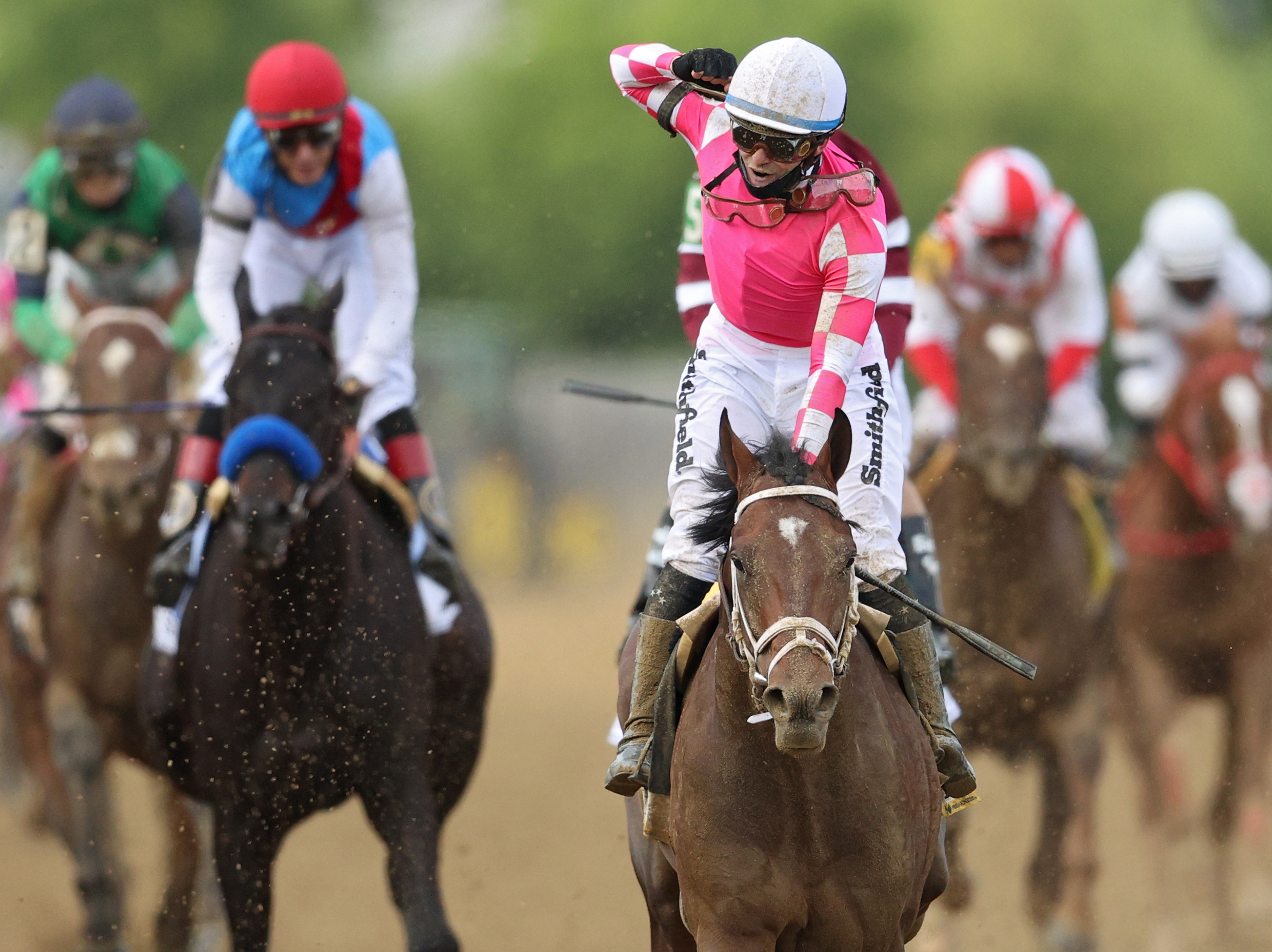 Midnight Bourbon, who took off at 3-1 odds, and an embattled Medina Spirit, 2-1, took turns guiding the pack until Rombauer, at 11-1 odds, lurched ahead for a clear lead in the final stretch. Midnight Bourbon finished second, followed by Medina Spirit.

This win "feels different," Prat said after the victory.

"What a feeling," said the rider, thanking the groom and ponying team for helping rein in a rambunctious Rombauer before race time.

"I'm so proud of this horse, everybody involved," an emotional McCarthy said. "It just goes to show you that small players in the game can be successful as well."

The surprise win shifts attention away from the controversy around Medina Spirit trainer Bob Baffert, whose loss nixes his chance of reaching the three-race Triple Crown title. Baffert's Kentucky Derby win earlier this month is in jeopardy after his fifth horse in the span of a year flunked a drug test. On Preakness day, Medina Spirit cleared extra testing to run. But Baffert, who said his presence would be a distraction amid the scrutiny, was a no-show.

The upset means that no horse will capture a Triple Crown win this year.

Due to the pandemic, capacity was limited to 10,000 people — just 10% of the event's normal attendance — including the normally packed infield. Pimlico held its mask mandate in place, as did Baltimore, even though Maryland has lifted its mask-wearing protocol.

The Belmont Stakes, the last stop of the three races in the Triple Crown, will be held on June 5 in Elmont, N.Y.

The Argentine duo performs a haunting and captivating set of covers, including songs by Leonard Cohen and Feist.