ROBBINSVILLE, N.J. (AP) — A pilot walked away mostly unharmed after crash landing his small plane near an intersection in New Jersey. Police say the pilot had taken off from Robbinsville Airport on Sunday when the 1996 Piper aircraft had mechanical trouble. Police say that’s when he performed an emergency landing. The plane came down in the middle of Sharon Road near the Gordon Road intersection. Police say the pilot, a 47-year-old man from East Windsor, was taken to a hospital with minor back pain. Federal aviation authorities are investigating the incident. 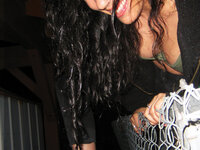 On "u v v p," Sarah Tudzin dials down the energy and seeks inspiration in surf rock sounds. Featuring Buck Meek on the outro, it paints a cowpoke portrait of a Western rambler.

On "Disappearing," Alan Sparhawk and Mimi Parker of Low sing in harmonies that quell the deepest doubts and soothe the savage heart. 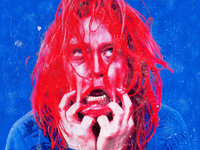 "Bogie," is a dizzying, kaleidoscopic trip with hairpin turns and surreal word-wonders.