Small plane lands in NJ after smoke reported in cockpit

TETERBORO, N.J. (AP) — Authorities say a small plane made an emergency landing at a New Jersey airport over the weekend after smoke was reported in the cockpit. The Federal Aviation Administration says the Maryland-bound plane landed safely at about 11 a.m. Sunday at Teterboro Airport in Bergen County. An FAA spokesperson said the pilot of the single-engine Piper PA-32 “reported smoke in the cockpit.” There was no immediate information about whether there was anyone else on the aircraft. Federal authorities said the plane had departed from Norwood Regional Airport in Norwood, Massachusetts, and was on its way to Montgomery County Airpark in Gaithersburg, Maryland. The FAA is investigating.

Can Matt Pike face the music?

Matt Pike overcame long odds to find success in metal bands Sleep and High on Fire. But his deepening obsession with conspiracy theories has created a dissonant riff. 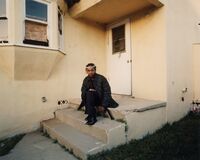 Kendrick Lamar is ready to talk. Is he ready to listen?

The long-dormant, era-defining rapper makes one thing clear from the start of Mr. Morale & the Big Steppers: He's not the hero you're looking for.

Leikeli47 wants you to look and listen deeper

Cozy and coiffed in a Brooklyn studio, watch the masked rapper break down essential tracks from Shape Up with host Sidney Madden.

Broadcast engineer and music fan Jeremy Ruck is one of the million Americans who've died from COVID-19. His sister Holly Ruck talks about him for our series, "Songs of Remembrance."

In an excerpt from her forthcoming memoir, singer-songwriter Margo Price remembers the early days of motherhood and marriage, their chaos compounded by a late-living musical lifestyle.