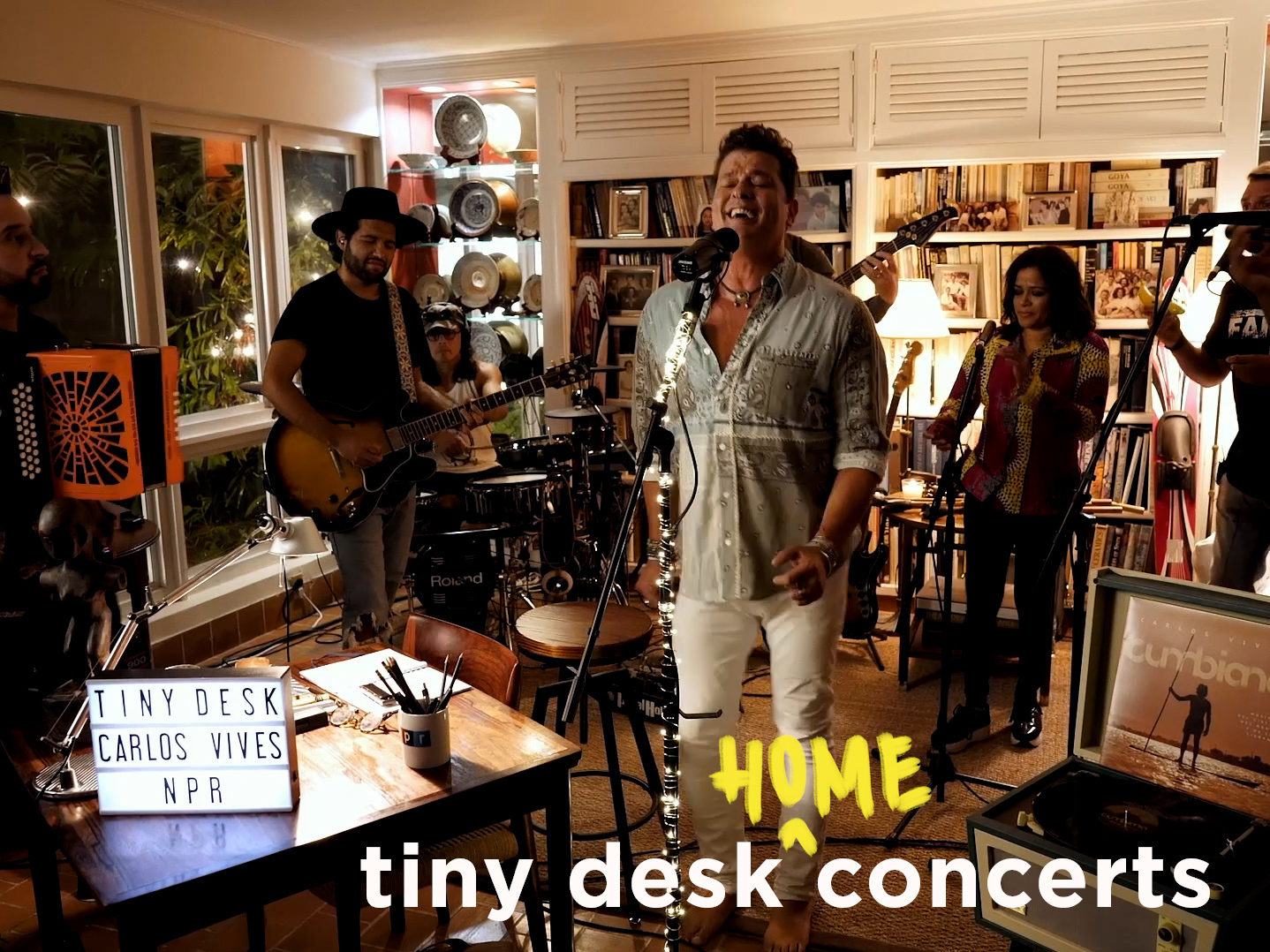 Vocalist Carlos Vives kicks things off in high gear on this Tiny Desk (home) concert with his trademark sound: a celebration of the music from his beloved home country of Colombia, mixed with rock and other Latin music styles.

Spirited champeta dance grooves from the country's Pacific coast permeate his classic 1995 hit "Pa' Mayte," and if you look closely you'll see two of his backup vocalists also playing traditional gaitas Colombianas (flutes). They are used to spectacular effect as a transition between the title cut of his new album Cumbiana and "La Bicicleta" (originally recorded with his compatriot Shakira), a vallenato fueled by a bit of reggaeton.

Presenting Carlos Vives has special resonance this week as his latest album recently picked up six Latin Grammy nominations, including Album of the Year.