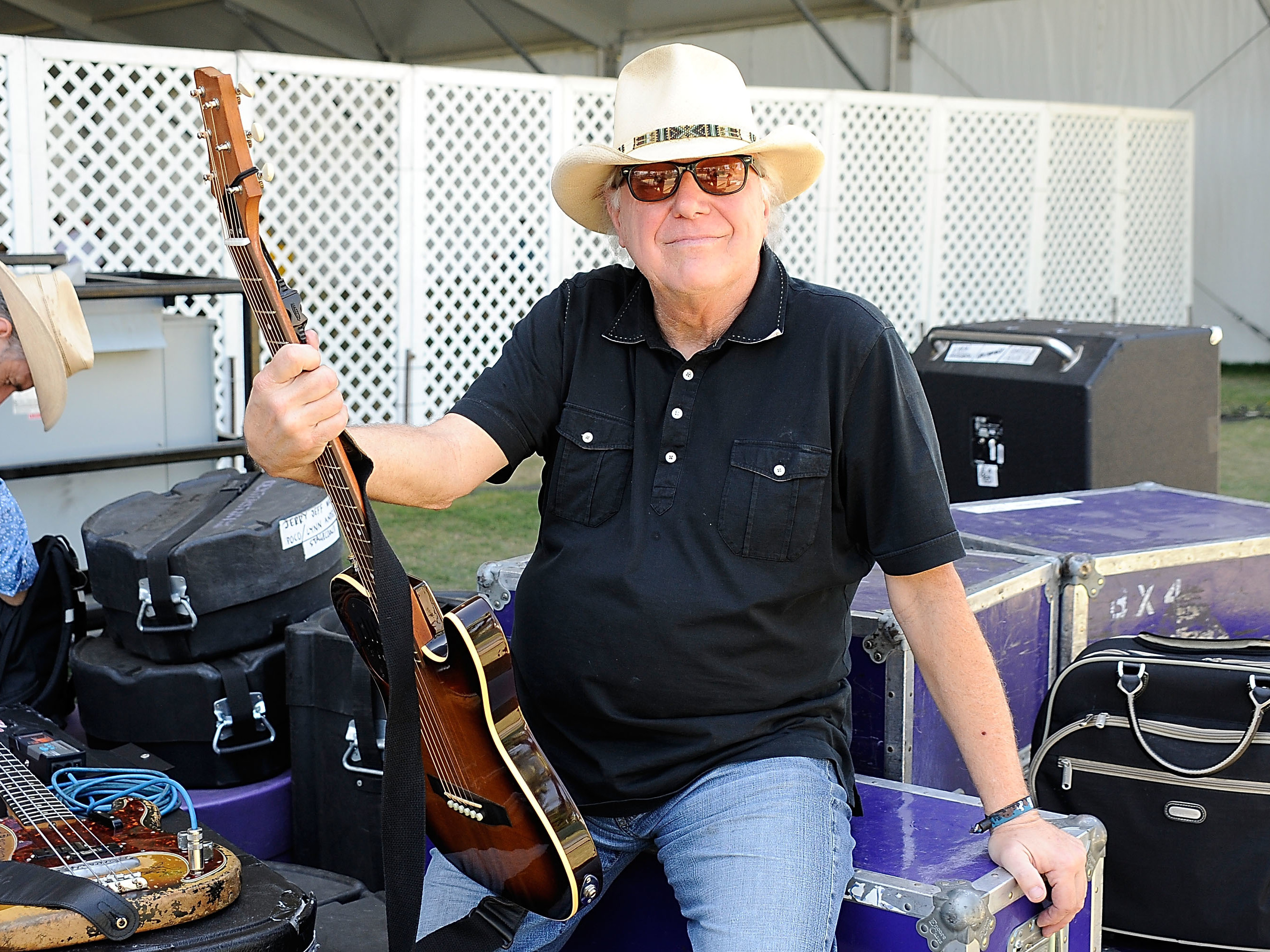 Country music singer Jerry Jeff Walker, the man behind "Mr. Bojangles," died Friday after a battle with throat cancer. He was 78.

"He was at home until an hour before his passing," his wife of 46 years, Susan Walker, told the Austin American-Statesman. "He went very peacefully, which we were extremely grateful for."

Born Ronald Clyde Crosby in New York in 1942, Walker cut his teeth in the folk music scene of Greenwich Village in the '60s. After spending a night in a New Orleans drunk tank in the mid-60s, Walker wrote "Mr. Bojangles," which would go on to become a hit and attract several covers by other famous artists including Bob Dylan, Harry Belafonte and Sammy Davis Jr.

After moving to Austin in 1971, Walker had an outsize impact on the country music scene there, helping to create genre known as "outlaw country" — a sort of blend between rock and folk — which was also popularized by Willie Nelson and others around the same time.

"Other than Willie, Jerry Jeff is the most important musician to happen to Austin, Texas, I would have to say," Ray Benson of the country group Asleep at the Wheel told the Tennessean. "He really brought that folksinger/songwriter form to its height in Texas. And for that, he'll be eternal, because there's all these kids today that write songs in that mode."

Fans of Jimmy Buffett may have Walker to thank for his association with Key West. In Buffett's 1998 biography, he credited Walker with introducing him to "all the funky bars and watering holes" from Miami to Key West.

During his 51-year recording career, Walker released 36 albums. Eschewing what he perceived of as sterile recording studios, Walker recorded many of his albums at home or in various dance halls.

In the mid-'80s, Walker and his wife formed their own label, Tried & True Music, which they ran out of their Austin home. The homegrown label handled all of Walker's bookings, tour promotion, merchandise and publicity.

In a 2018 interview with the Statesman, Walker noted that he and his wife had done pretty well for two people who didn't know much about the music business.

"We make it up out of the air," Walker said, contrasting his label with the more well-known companies. "These people don't really have any more idea about how it goes than we do."

A trio of musicians gather at Aaron Copland's longtime home. Watch them play the iconic American composer's music at his own piano and beside his own writing desk.