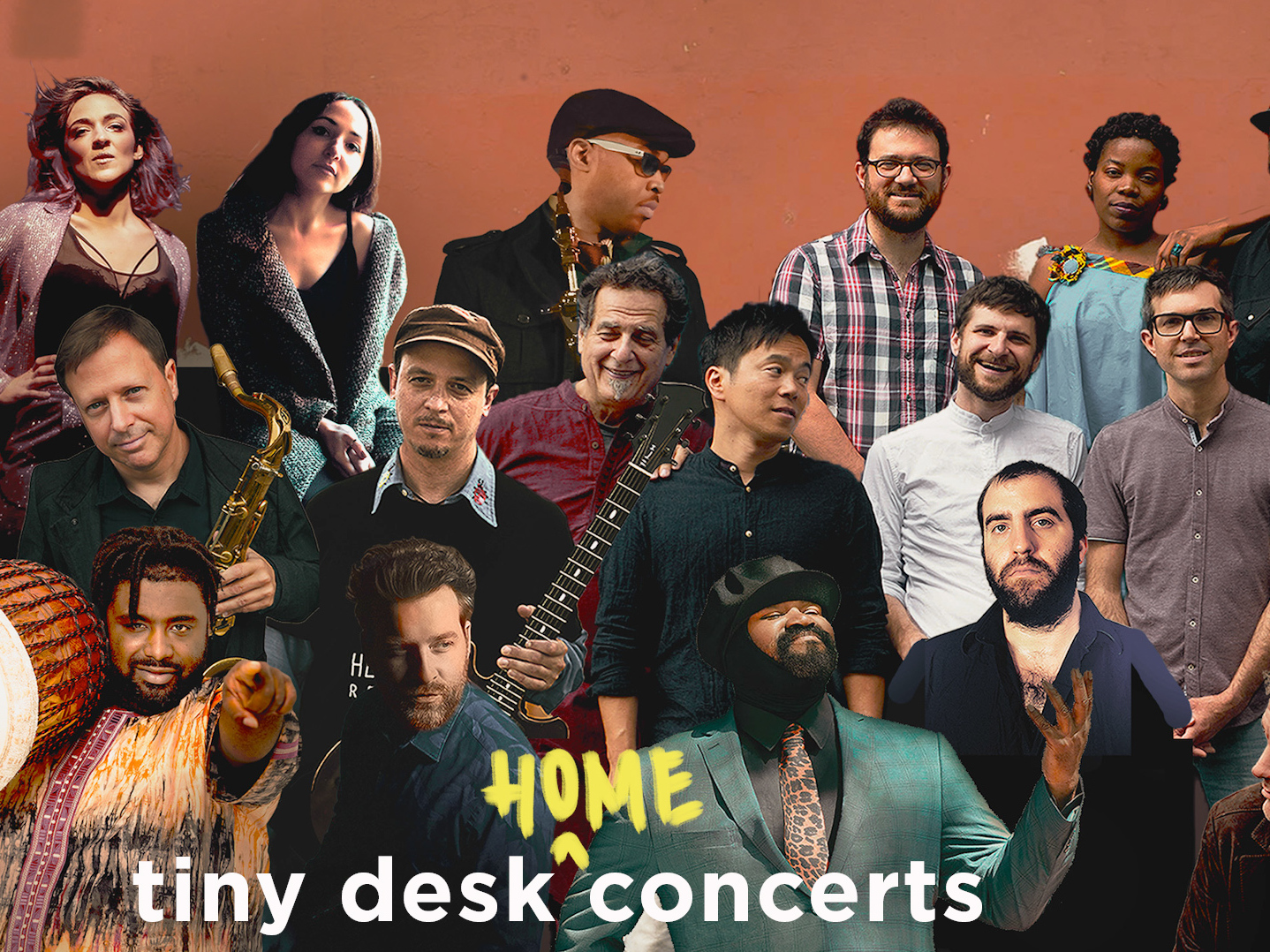 This three-act, 18-person Tiny Desk (home) concert was conceived by Michael League, Snarky Puppy's composer and bandleader. He and his cadre of artists on the GroundUP record label believe in two important points: that music and politics are inextricably linked, and the best way to connect people is through song.

League's rolodex is impressive. If you're a jazz fan, you're almost certain to know many of the performers in this ambitious Tiny Desk, which includes (among others) Grammy winners Gregory Porter, Brad Mehldau and Chris Potter.

The concert features three distinct ensembles, beginning with Becca Stevens and her song "Heather's Letters To Her Mother." "I wrote this for Heather Heyer, who was killed on August 12, 2017, while peacefully protesting the Unite the Right rally in Charlottesville," she says. "In my heart this song has always been a rallying cry to come from a place of compassion in our actions and reactions. It's a reminder to continue the fight for equality from a determined and compassionate stance regardless of what is happening around us. And it's a reminder to stay grounded in love because without a foundation of love we are truly lost."

The second song features League's world music group Bokanté performing the Creole song "Réparasyon," meaning "reparations." Bokanté vocalist Malika Tirolien wrote the song, which appears on the band's Grammy-nominated album What Heat. "With the rise of black liberation movements around the world, this is a crucial time to remind everyone that people of African descent need the slave trade officially recognized as a crime against humanity and need reparations and restitutions of stolen goods," Tirolien says. "Getting justice is the only way we can begin a process of forgiveness and healing."

Keyboard player and vocalist Alina Engibaryan leads the last song, "We Are," which strives to bring people together, "I wanted to write a song that has a message about people, where regardless of our beliefs, our political views, our race, color, we are all human beings and made of the same thing," Engibaryan says. "I hope people will understand that one day and will learn to love, respect and accept one another."

"Heather's Letters to Her Mother" performed by Becca Stevens

"We Are" performed by Alina Engibaryan

A trio of musicians gather at Aaron Copland's longtime home. Watch them play the iconic American composer's music at his own piano and beside his own writing desk.