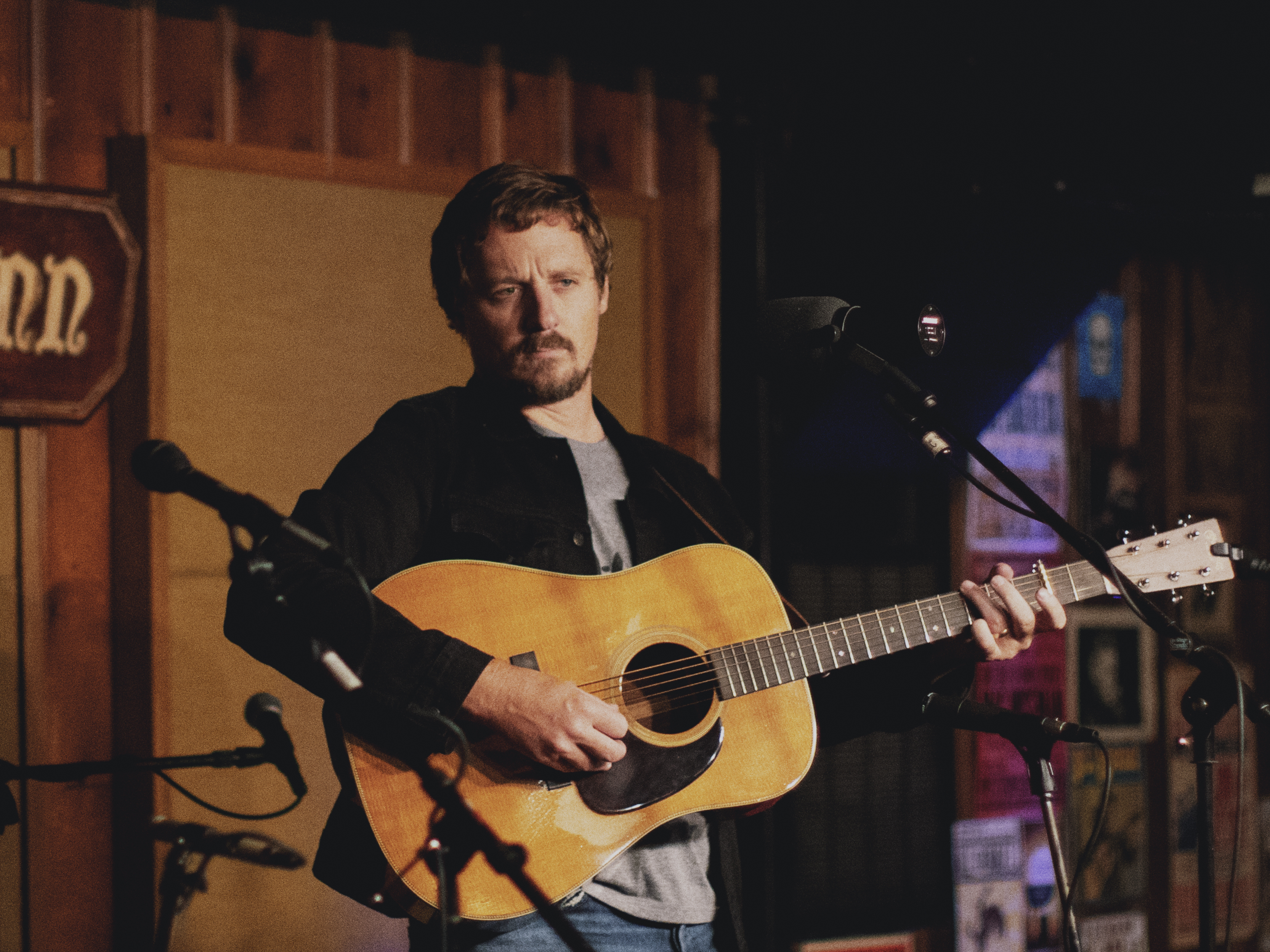 Taylor Swift isn't the only artist recording at breakneck speed these days. Today Sturgill Simpson has announced Cuttin' Grass, Vol. 2: The Cowboy Arms Sessions, his second surprise album in as many months. Like the previous installment, these songs reinterpret his catalog through bluegrass and feature an all-star lineup of acoustic musicians he's dubbed the Hillbilly Avengers.

"On Volume 2, we recorded everything I was too afraid to do on Volume 1," Simpson says in a statement.

Recorded at the Cowboy Jack Clement's Cowboy Arms Hotel and Recording Spa in Nashville, Tenn., The Cowboy Arms Sessions largely draws on 2016's A Sailor's Guide to Earth, but it also features two previously unreleased tracks, "Tennessee" and "Hobo Cartoon," the latter of which Simpson co-wrote with the late Merle Haggard. Haggard sent Simpson the track before his death, which Simpson ultimately finished years later.

"Merle loved bluegrass, so it felt like a proper homage, really exposed and stripped down to the root of something," Simpson says.

Cuttin' Grass, Vol. 2 arrives at a ceremonious moment for bluegrass. On Saturday, Dec. 5, the Grand Ole Opry honored the 75th anniversary of the form, marking the night that Earl Scruggs made his Opry debut with Bill Monroe's Blue Grass Boys with a special performance featuring the Del McCoury Band and the Travelin' McCourys. Simpson's latest foray – reexamining his own genre-irreverent work with an expert practitioner's eye – further cements his singularity.