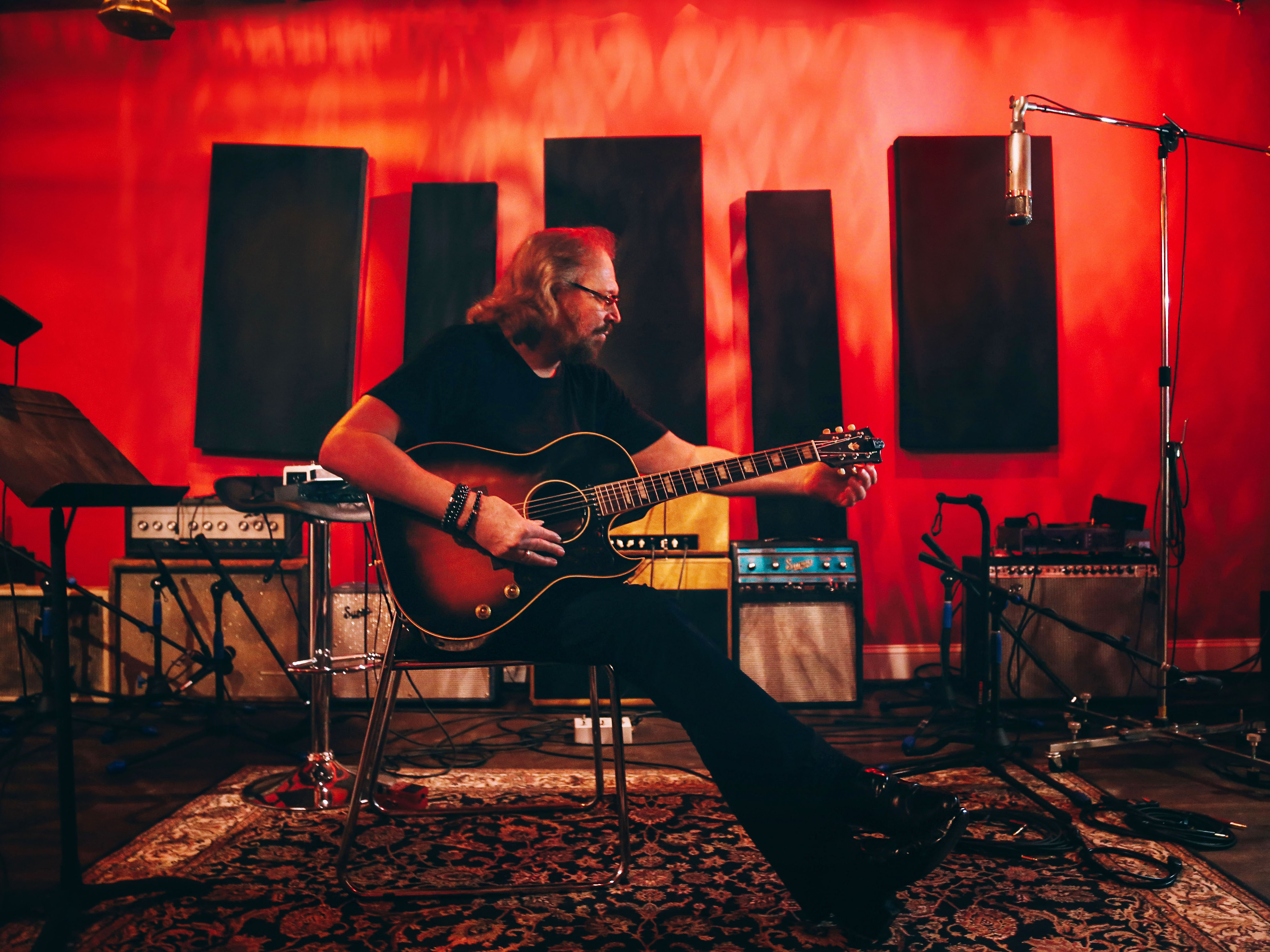 Barry Gibb's new album, Greenfields: The Gibb Brothers Songbook, Vol. 1, is a collection of Bee Gees songs reworked as duets with some of the biggest names in Nashville. // Courtesy of the artist, Desiree Prieto


In more than four decades of music, Barry Gibb and his brothers Robin and Maurice created almost too many hits to count as the pop powerhouse the Bee Gees. Today, at 74, Barry is the last living Gibb brother, and has continued on as a solo artist. If you've only ever associated his name with the disco era, his new album may surprise you: It turns out that the musician, who emigrated from the U.K. to Australia when he and his brothers were kids, has always been a big fan of American country music.

"Since I was about 9 or 10 years old," Gibb says, "it was really in my system and it never left. Bluegrass music and country music is really what I care about more than anything else. Once all my brothers were no longer with me, once I was alone, I was able to focus on, 'Well, what's my passion?' "

When his son introduced him to the music of country star Chris Stapleton, Gibb decided to take a chance. He reached out to Stapleton's producer, Dave Cobb, about potentially making a record together — and discovered the latter was a major Bee Gees fan. The result, out Nov. 6, is the new album Greenfields: The Gibb Brothers' Songbook Vol. 1, a collection of Bee Gees songs reworked as duets with some of the biggest names in Nashville, including Dolly Parton and Jason Isbell.

Gibb spoke with NPR's Rachel Martin about turning toward his passion, missing his brothers and creating a new life for their discography. Hear the radio version at the audio link, and read on for an edited transcript.

Rachel Martin: How is it that you have never recorded a country album of your own until now?

Barry Gibb: I didn't have that sense of belonging. You know how it is in Nashville; it's a pretty closed circle, if you like. And it's a hard place to penetrate even if you love the music and you want to be there.

That's a little crazy for me to think about. You're one of the Bee Gees; how could you feel out of place anywhere?

The same for everybody — if you walk into another realm of music, you have to work pretty hard to be accepted.

And Dave Cobb, he's the real deal, right? Was there any part of you that thought, "Maybe he won't be interested in making an album with me?"

I thought Dave wouldn't be interested, [but he] said he wanted to do it. Dave came here to Miami, and we sat and listened to tracks that might appeal to him that'd never been recorded. I didn't go into this think they were going to be literally duets. I was hoping to get these country stars to just sing one of our songs.

Oh, you didn't think you were going to sing along?

I thought, maybe a cameo. Or maybe I'd pop in here or there. Dave will tell you I'm an angler: If I don't have to be involved, I won't be. But he called me!

You did a couple of songs from the Saturday Night Fever soundtrack on this record.

"How Deep Is Your Love," yeah.

Can I ask you to take a step back and think about the evolution of the music you made with your brothers, and its resonance here in this country in particular? People who know your story know that there was a massive backlash to the music of the disco era.

I think that was a mistake on the part of the industry. There was something very beautiful and rhythmic about all that music in the late '70s, and for the life of me, I have no idea why anyone thought it should be censored, which it was. But it was a project — a bit like making a film. You become a character and you try to fit in with the soundtrack. ... But reinventing yourself is, to me, the greatest fun of all.

On this album, are there songs that you attach to specific memories of your brothers?

Oh yeah, "Butterfly." I remember us recording "Butterfly" in 1966. It was one of the songs that we loved, that nobody really heard. So that was a magic moment.

I guess I'm wondering about the loss you must have felt for, literally, the sound of your brothers' voices. When you're singing a three-part harmony, it's like you can feel the vibrations of those other people: in your body, in your head. Tt becomes part of your own instrument. I wonder if you miss that.

Of course I do. We spent over 40 years around one microphone; how do you ever get past that? You don't. But if I get the opportunity to be onstage, as far as I can tell, they're right there with me. I can still smell the cologne that Maurice used. When you're around one microphone, there are things you just never forget.

But I imagine it's so cool to have these bright talents in Nashville taking those songs that you made with your brothers and giving them a new life, maybe a new audience.

That's the mission for me. It's not about me, it's not about the Bee Gees. It's just about those songs and how special they are to me. I want people to go on remembering them, and this was a way to do that.