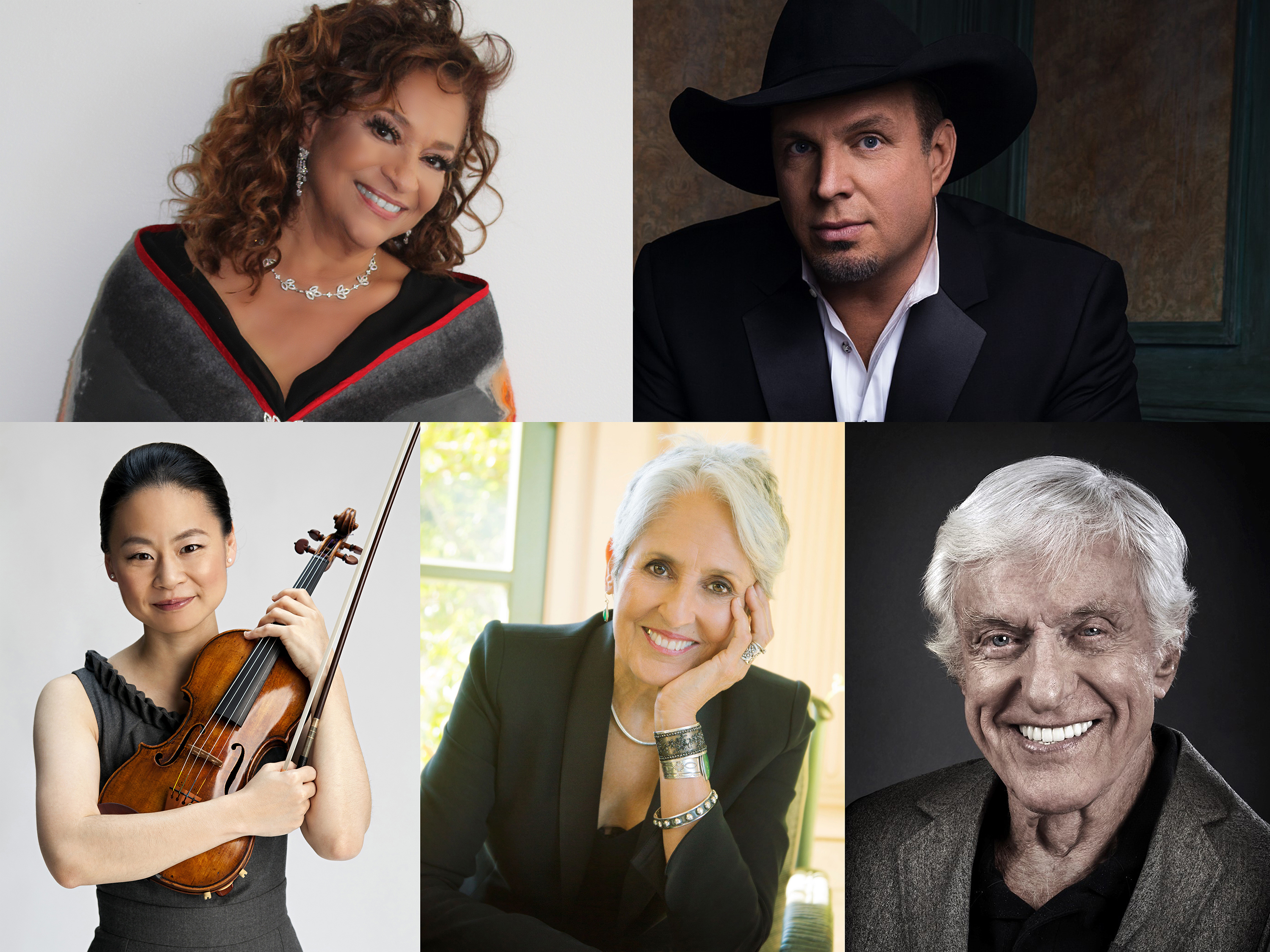 The Kennedy Center Honors are prestigious, "lifetime artistic achievement" awards that are typically announced over the summer and then celebrated at a splashy gala performance in December that is later broadcast on TV. The pandemic scrapped those plans for 2020 and will affect the festivities this year as well. The Kennedy Center says the 43rd Honors Gala will be modified to meet safety protocols with a series of smaller events for reduced audiences to take place over the course of a week beginning May 17.

Reflecting on the forced cancellations of hundreds of performances and events, Kennedy Center President Deborah Rutter says in a statement, "This past year has taught us many things including the need to be flexible and adaptable."

Honoree Debbie Allen, a multi-disciplinary artist whose achievements include choreographing the Academy Awards ten times and directing and choreographing such artists as Michael Jackson, Mariah Carey and James Earl Jones says she's "humbled" by the recognition from the Kennedy Center. "This is so much more than our nation's Highest Artistic Award," says Allen in a statement, "it is a measure of how my footprint has resonated as a path of light over the years and in this time of tremendous uncertainty, fear, and search for hope."

In the 1960s, Joan Baez marched with Rev. Dr. Martin Luther King, Jr during the civil rights movement and organized resistance to the Vietnam war. Known for breathing new life into traditional folk ballads with her haunting, crystal clear vocals, and for introducing Bob Dylan to the world, Baez says "It has been my life's joy to make art. It's also been my life's joy to make, as the late Congressman John Lewis called it, 'good trouble.'" In her statement Baez considers herself lucky "to have been born with the ability to do both; each one giving strength and credibility to the other."

Mega country star Garth Brooks has paid musical tributes in shows for previous Kennedy Center Honorees including James Taylor and Loretta Lynn. Among his multiple accolades, in March, 2020, Brooks received the Library of Congress' Gershwin Prize for Popular Song. In a statement he calls President John F. Kennedy, for whom the performing arts center is named, "a childhood hero." Noting that President Kennedy believed arts and culture define a nation, he says he hopes "to have contributed to humanity like my heroes have, to inspire us to be the most we can be as individuals, global citizens, and a part of human history. But most of all, to simply laugh, cry, love, and dream through music."

The Kennedy Center calls violinist Midori a "visionary artist, activist and educator who explores and builds connections between music and the human experience," and "one of the most outstanding violinists of our time." Born Midori Gotō in Osaka, Japan, she was just 11 years old when conductor Zubin Mehta invited her to perform with the New York Philharmonic in the orchestra's annual New Year's Eve concert. She has since performed with major orchestras and leading conductors around the world.

Master of pratfalls, goofy facial expressions and other forms of physical humor, 95 year old Dick Van Dyke danced on rooftops in Mary Poppins, tripped over the ottoman on The Dick Van Dyke Show and wise-cracked with his fellow security guards in the Night At the Museum movies "with a charm that has made him one of the most cherished performers in show business history, says Kennedy Center President Deborah Rutter. To join the "illustrious group" of just over 200 artists who've received Kennedy Center Honors, says Van Dyke in a statement, "is the thrill of my life."

The Kennedy Center Honors will be broadcast June 6, on CBS.

Elisapie is a resounding advocate of First Nations culture in Canada. Watch her set from Tiny Desk Meets globalFEST.

The Native and African-American singer-songwriter is known for her mix of folk, blues and gospel. Watch her set from Tiny Desk Meets globalFEST.