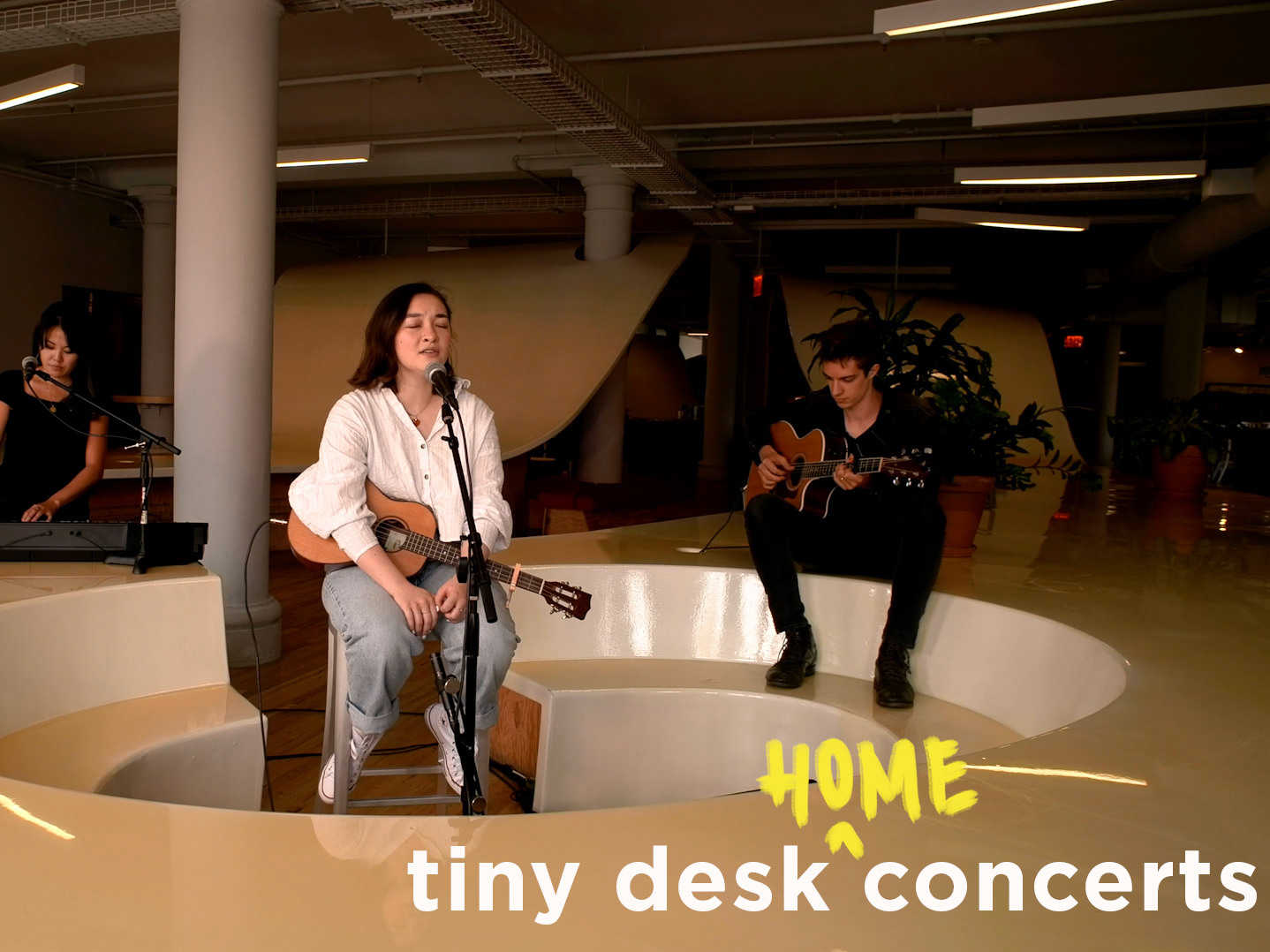 "Hi, I'm mxmtoon, and I'm doing my Tiny Desk at the world's biggest desk!" And so it begins, from an eerily empty New York City office building, mxmtoon sings songs filled with dreams and anxieties. Much of the music comes from her recent 2020 EPs, Dawn and Dusk. Those EPs included collaborations with Carly Rae Jepsen and Tune-Yards' Merrill Garbus. For this Tiny Desk (home) concert, her sweet voice and ukulele are accompanied by Nicole Wakabayashi on piano and Cale Hawkins on guitar.

It's been almost two years now since we first played the Oakland-based mxmtoon on All Songs Considered. She was just 18 then, singing about crying in her "prom dress" (which I'm thrilled she is performing here). Her melodies are simple, with the words up front mighty and personal. One of the first songs she released is called "Feelings Are Fatal," which she also performs. It's a candid song about emotions and why we're often afraid to share them. It's a model for what mxmtoon does so well: humble, honest songs, sung here behind a massive desk.

Nwaka Onwusa, the chief curator at the Rock and Roll Hall of Fame, picks her five favorite Tiny Desk concerts.

The gospel trailblazer and his powerhouse choir close out Tiny Desk's Black History Month celebration with a moving performance from his studio in Arlington, Texas.

The poet, rapper and singer-songwriter joins us from Zambia for a visually stunning quarantine concert, part of Tiny Desk's Black History Month celebration.