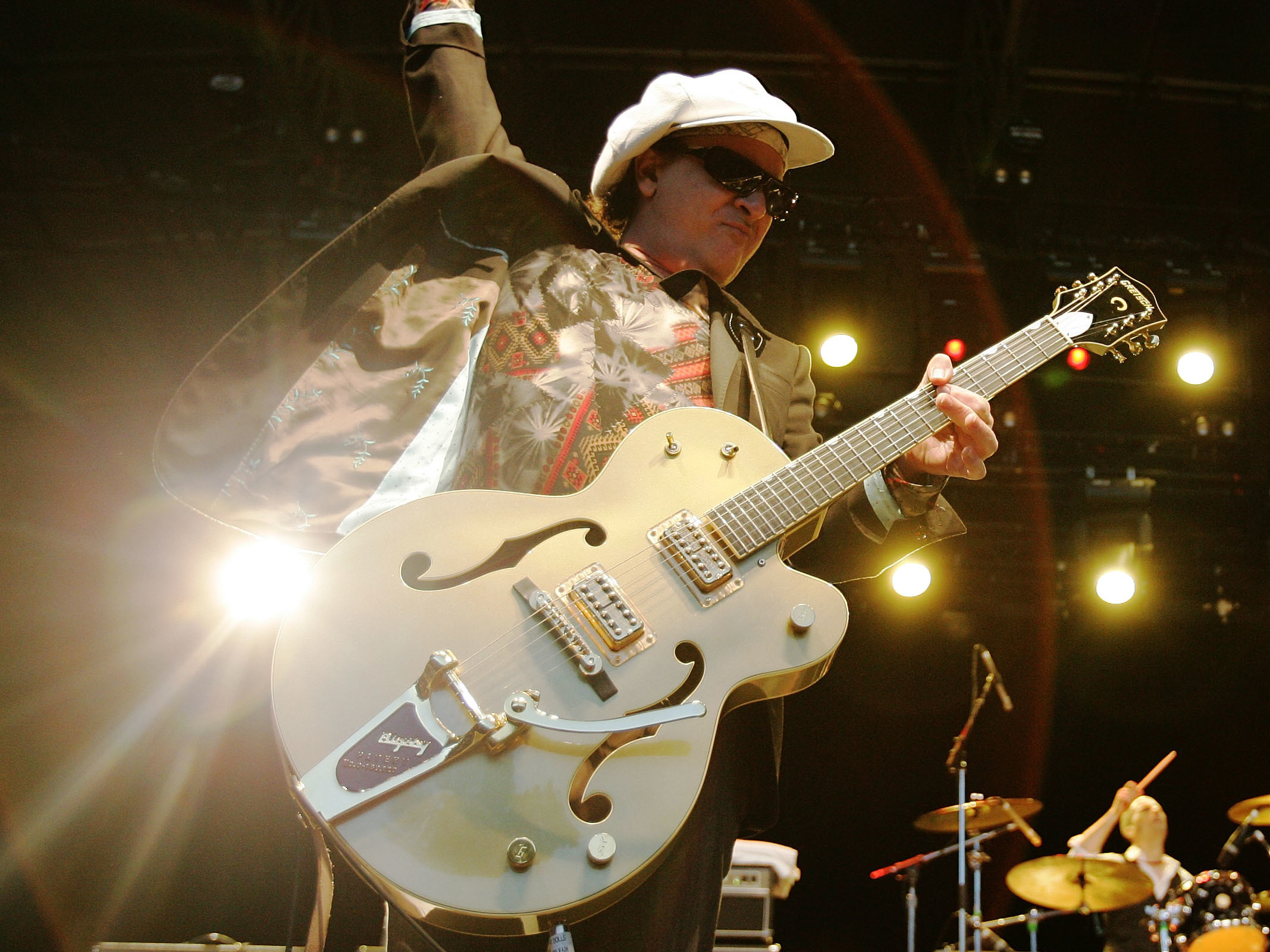 Sylvain Sylvain of the New York Dolls, shown here performing in 2007, has died at the age of 69. // Getty Images, Kristian Dowling


New York Dolls co-founder and guitarist Sylvain Sylvain died on January 13 at the age of 69.

"As most of you know, Sylvain battled cancer for the past two and 1/2 years," wrote his wife, Wanda O'Kelley Mizrahi, in a statement posted on his Facebook profile on Thursday. "Though he fought it valiantly, yesterday he passed away from this disease. While we grieve his loss, we know that he is finally at peace and out of pain. Please crank up his music, light a candle, say a prayer and let's send this beautiful doll on his way."

Sylvain Mizrahi was born in Cairo, Egypt; fleeing anti-Semitism, his family moved to New York when he was a child. As a teenager, he played in several bands before co-founding the New York Dolls in 1971. While the band's lineup changed over the years, Sylvain, as well as singer David Johansen, remained until the band broke up in 1977.

The Dolls' raw, hard-driving sound channeled the swagger of The Rolling Stones, the glamor of David Bowie and the proto-punk of The Stooges. Combining a sleazy, androgynous style with a reputation for outrageous performances, the Dolls presaged punk and new wave and influenced artists like The Ramones and The Sex Pistols. In a review of the band's first album, critic Robert Christgau called the Dolls "the most exciting hard rock band in the country and maybe the world."

Sylvain's rhythm guitar playing was the steady foundation for the band's sound. "His role in the band was as lynchpin," wrote writer and guitarist Lenny Kaye in an appreciation on Facebook, "keeping the revolving satellites of his bandmates in precision." He also contributed piano and songwriting on the Dolls' first two albums, 1973's New York Dolls and 1974's Too Much Too Soon.

After the band's dissolution, Sylvain released various solo projects and collaborations. In 2004, the three surviving members of the New York Dolls' original lineup reunited for a performance at a music festival; afterwards, the band toured and released several recordings until 2011.

Since Sylvain's death, tributes have poured in from fellow musicians. "My best friend for so many years," wrote Johansen on Instagram, "I can still remember the first time I saw him bop into the rehearsal space/bicycle shop with his carpetbag and guitar straight from the plane after having been deported from Amsterdam, I instantly loved him. I'm gonna miss you old pal. I'll keep the home fires burning. au revoir Syl mon vieux copain."

For Her 'SNL' Debut, Phoebe Bridgers Goes Bigger Than Ever

The singer located the loudest moments from Punisher and cranked them farther than they've gone before — complete with a moment of guitar-smashing mayhem.

Rivers Cuomo On Weezer's Latest, 'OK Human,' And The Need To Riff (Or Not)

Cuomo says Weezer is always looking to try the opposite of whatever it just did. Case in point: the band's new orchestral record, made back to back with a metal album.