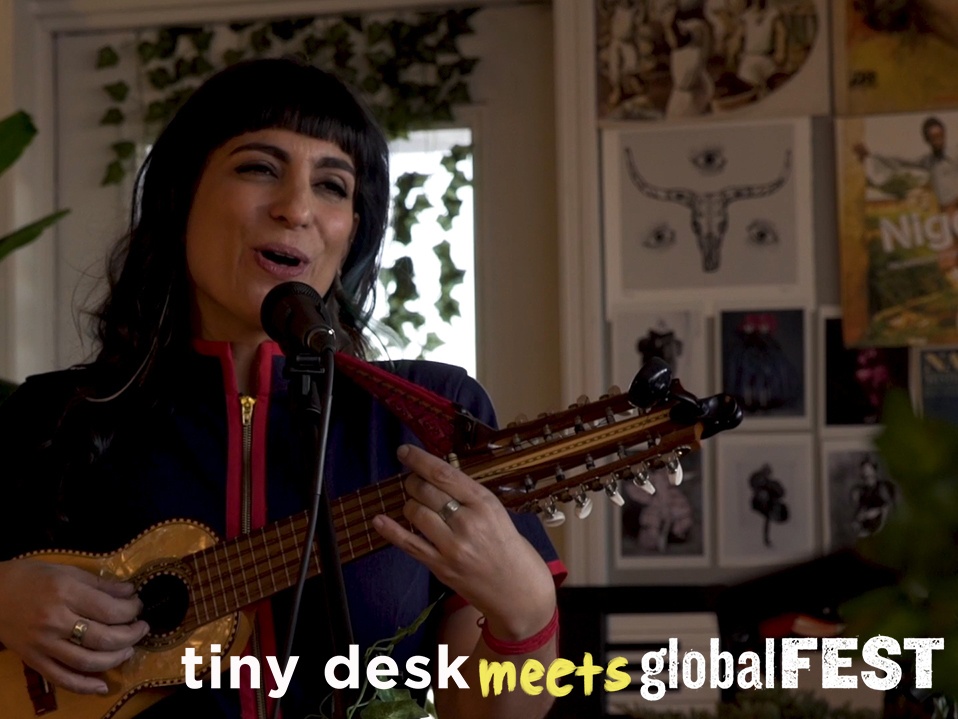 Every January, I attend globalFEST at a New York City nightclub and see some of the most fantastic music I'll experience all year. Now, given the pandemic's challenges and the hardening of international borders, NPR Music and globalFEST moved the 2021 edition from the nightclub to your screen of choice and shared the festival with the world. We called it Tiny Desk Meets globalFEST. We presented 16 artists in intimate settings (often behind desks donning globes), all hosted by African superstar Angélique Kidjo.

Recording from her apartment in Brooklyn, award-winning Argentine vocalist and songwriter Sofia Rei provides a concert that blends South American folk traditions with experimental pop and electronic music. That mix of tradition and modernity extends to her surroundings, which features traditional iconography, robotic 'saints,' exuberant plants and looping pedals. This performance took place during the opening night of our 2021 festival. --globalFEST


Jimmy Sweeney's Daughter On Her Father's Influence On Elvis

NPR's Scott Simon speak with Eugenia Sweeney, the daughter of Jimmy Sweeney, who was an early unacknowledged influence on Elvis Presley. We also talk with music historian Christopher Kennedy.

After taking a two-year step back from the spotlight, Julien Baker returns with a self-produced album titled Little Oblivions.

The composer and pianist joined with drummer Tyshawn Sorey and bassist Linda May Han Oh in late 2019 to record Uneasy, which now functions as a welcome reminder.

Influenced by jazz, the Kingston-born vocalist revolutionized the art of occupying a space with his words. "Before U-Roy, no one was toasting," Grammy winner Sean Paul tells NPR.