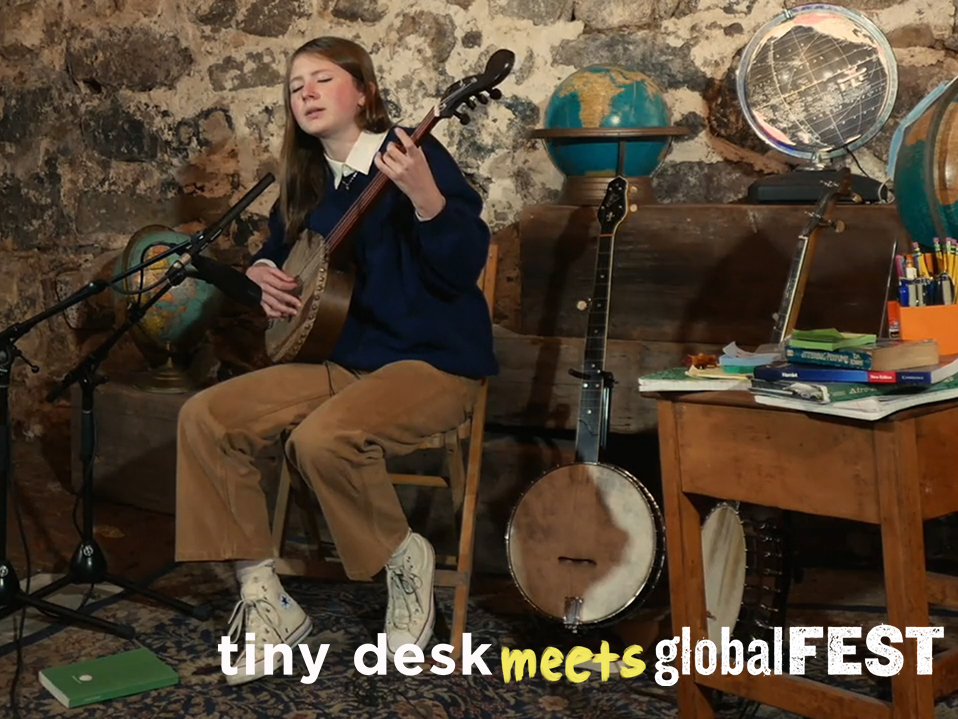 Every January, I attend globalFEST at a New York City nightclub and see some of the most fantastic music I'll experience all year. Now, given the pandemic's challenges and the hardening of international borders, NPR Music and globalFEST moved the 2021 edition from the nightclub to your screen of choice and shared the festival with the world. We called it Tiny Desk Meets globalFEST. We presented 16 artists in intimate settings (often behind desks donning globes) representing more than a dozen countries.

Thirty feet below the surface in Brooklyn, 10th grader Nora Brown brings incredible, surprising depth to the Appalachian music she plays. Over the course of her Tiny Desk Meets globalFEST concert, surrounded by innumerable globes and instruments, she infuses new life and energy into the traditional songs of Addie Graham, Virgil Anderson and Fred Cockerham. Nora weaves together songs and storytelling, speaking of the great history of the music that came before her and at which she excels. This performance took place on the second night of our 2021 festival. --globalFEST

Actor and writer Mara Wilson reflects on Britney Spears' career and the ways in which famous young women are objectified by the media.

NPR's Michel Martin speaks with Semler about her new album. On Preacher's Kid, Semler reckons with her faith and queerness.

Lake Street Dive's Bridget Kearney wrote "Being a Woman," a track on the band's new album, Obviously. She says she wanted to convey exhaustion.

Bradford Harris, a 20-year-old punk musician in Kentucky, is using the pandemic downtime to learn something new: making banjos. It led Harris down an unexpected trail.