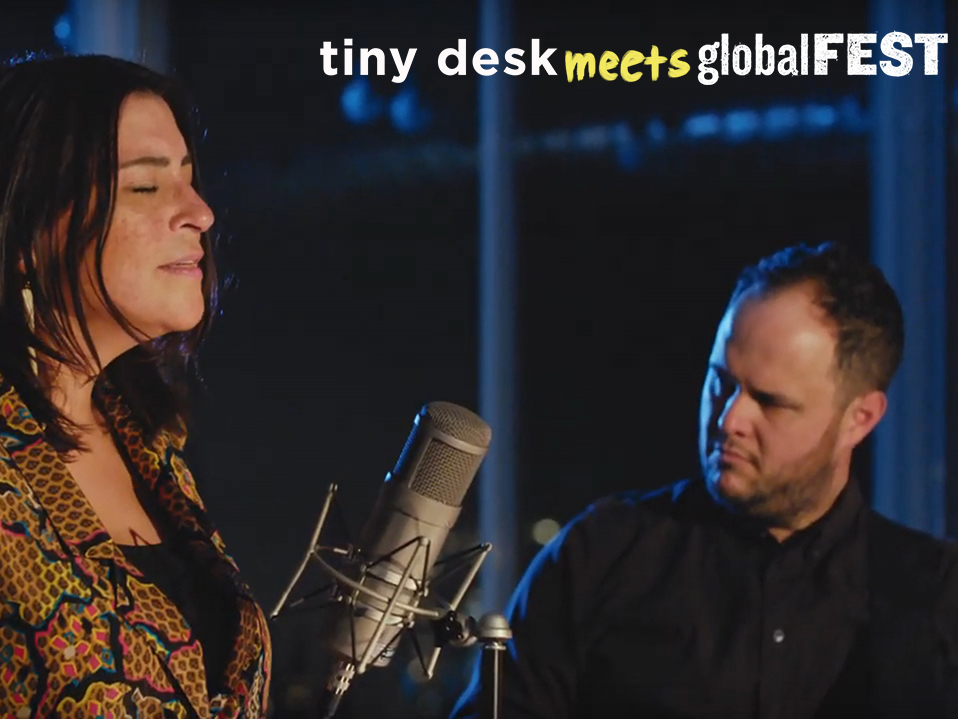 Every January, I attend globalFEST at a New York City nightclub and see some of the most fantastic music I'll experience all year. Now, given the pandemic's challenges and the hardening of international borders, NPR Music and globalFEST moved the 2021 edition from the nightclub to your screen of choice and shared the festival with the world. We called it Tiny Desk Meets globalFEST. We presented 16 artists in intimate settings (often behind desks donning globes), all hosted by African superstar Angélique Kidjo.

Elisapie returns to Tiny Desk for a show-stopping performance from Montreal, with the disco globe of our dreams helping to light her set. Elisapie, in both her songs and work, is a resounding advocate of First Nations culture in Canada. In her set, she harnesses an incredible energy with electrifying, emotive vocals. This set took place on the final night of our 2021 festival. --globalFEST

Sung reflects on how, as a young classical pianist, she stuck to her jazz dreams. More recently, she's translated her emotions on social justice into a thematic composition for her quartet.

NPR's Ari Shapiro talks with Jonathan Ward on his new 100-track compilation of early recordings from around the world called Excavated Shellac: An Alternate History of the World's Music.

For Black History Month, NPR member station KUTX is featuring some of the Black artists shaping the Austin music scene. 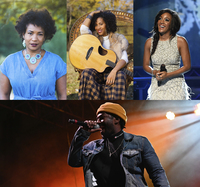 With All Eyes On Country Music, Will Black Nashville Get The Reckoning It Deserves?

Country music's race problem became a hot topic in early February, but the roots of racial injustice in the industry go much deeper. Two Nashville writers unpack the history and recent responses.