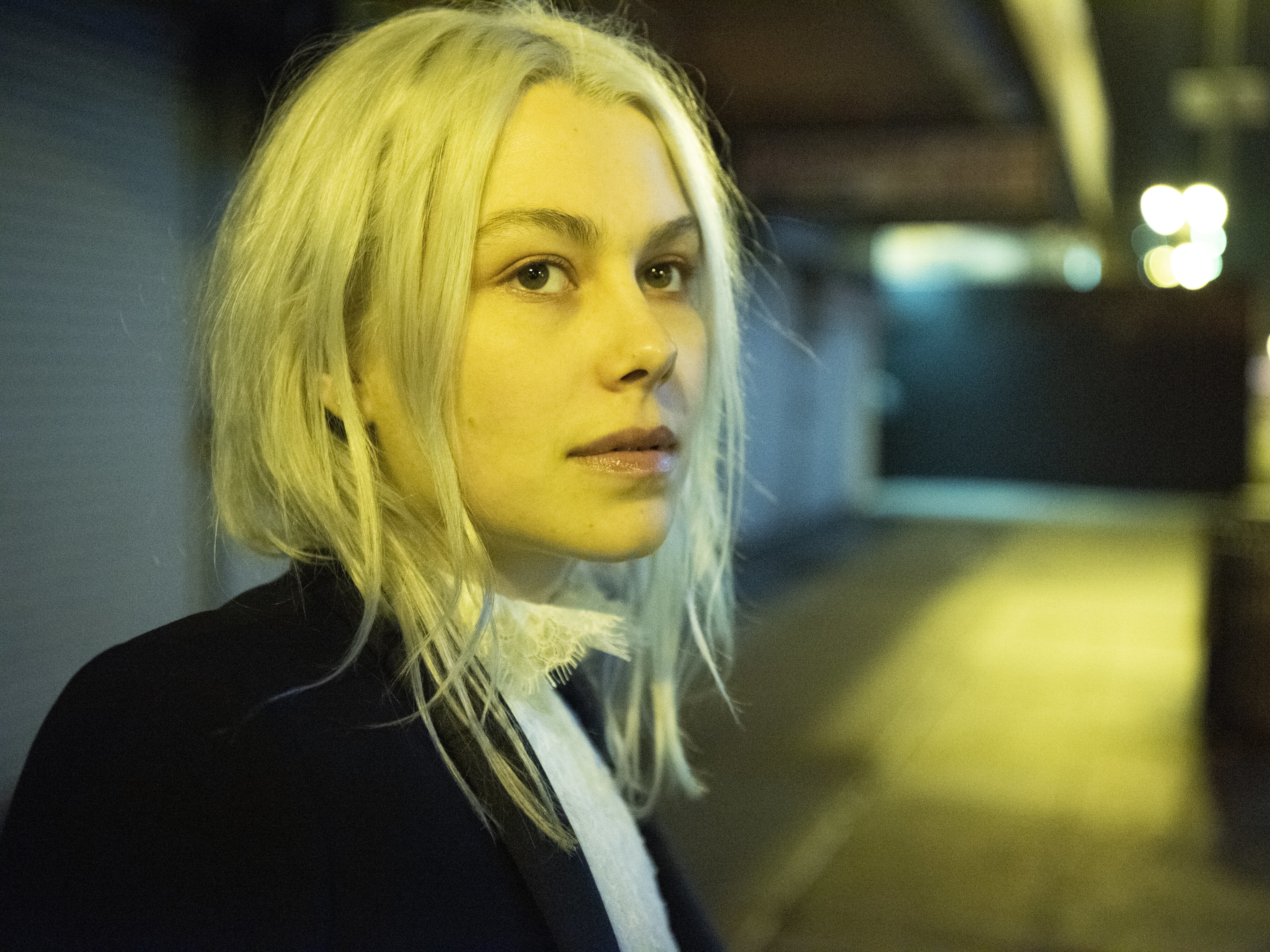 
Most of us spent 2020 in a holding pattern — if we're lucky — but Phoebe Bridgers had a massive year. Her second album, Punisher, was one of 2020's best-loved records, and she's started 2021 with four Grammy nominations and a new wave of high-profile TV appearances.

Still, Bridgers' Saturday Night Live debut — in an episode hosted by Schitt's Creek star Dan Levy, who called her "amazing" in his intro — marked another milestone for the young singer. Punisher leans heavily on murmured atmospherics, making it ideal for late-night headphone listening. But on SNL, Bridgers located its loudest moments and cranked them louder than they've gone before.

For those who've been marinating in Punisher's glorious gloom for the last eight months, it's no surprise that Bridgers and her skeleton-suit-clad band opted to play the peppy single "Kyoto" and a slightly abbreviated version of the album-closing "I Know the End," which builds from a wistful whisper to full-on primal screams. But the latter performance went full-on guitar-smashing bonkers, with Bridgers closing the proceedings by whaling on her monitor with a guitar that seemed to hold up better than she'd intended it to. She took more than a dozen whacks at it, and for a while at least, the monitor seemed to take the most visible damage.

Of course, once you're done soaking up her SNL debut, you'd do well to revisit Bridgers' whopping four Tiny Desk and Tiny Desk-adjacent appearances: one solo in 2017, one with Better Oblivion Community Center, one with her supergroup boygenius and, of course, last year's Oval Office-themed Tiny Desk (home) concert.

Madlib Heads Back To The Future On 'Sound Ancestors'

For over two decades, Madlib's work has been defined not by any one style, but by the artist's stylistic breadth and tireless output. On a new album, the polymath compiles his artifacts.