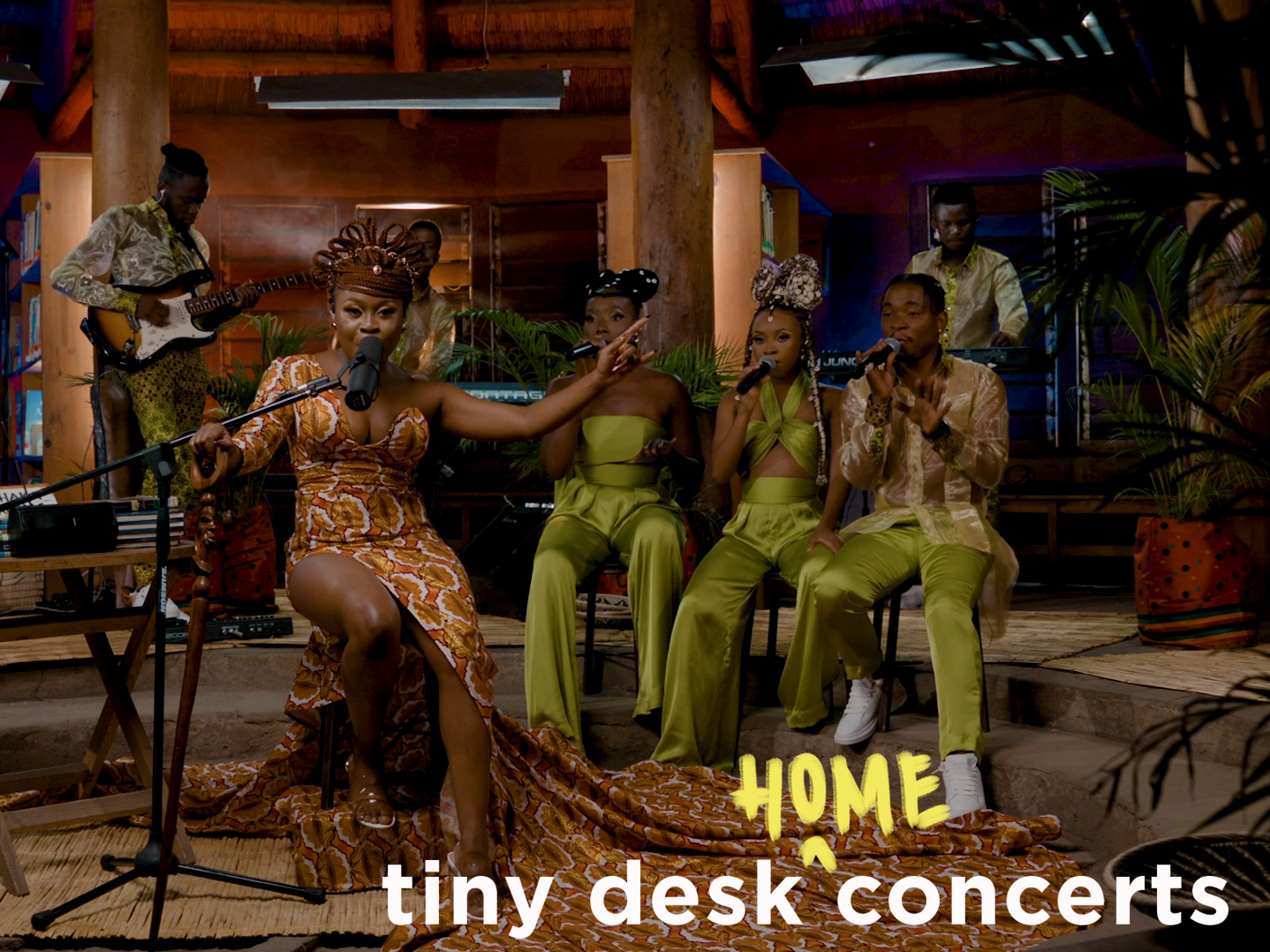 NPR Music's Tiny Desk series will celebrate Black History Month by featuring four weeks of Tiny Desk (home) concerts and playlists by Black artists spanning different genres and generations each week. The lineup includes both emerging and established artists who will be performing a Tiny Desk concert for the first time. This celebration highlights the beautiful cornucopia of Black music and our special way of presenting it. We hope you enjoy.

"Freedom is what we feel when we perform. And freedom is what the world is in need of right now. In this pandemic it feels like we all need a sense of freedom." Sampa Tembo is in Lusaka, Zambia, her landlocked African home country. She's better known as Sampa The Great, an understated title. In her Tiny Desk (home) concert, the poet, rapper and singer-songwriter delivers evidence that it's more like Sampa the Greatest.

Her set is rich with earth's abundances. She performs "Rhymes To The East," "Mwana," "Freedom" and "Final Form" — the latter three off 2019's The Return — surrounded by life. Warmth pours in from exuberant trilling, zealous drums and her seven-piece band's loose movements. Dressed in warm oranges and muted browns and wearing a crown resembling red clay, Sampa is Mother Earth herself.

Initially raised in Botswana, Sampa moved to Australia as a young adult and established herself in Sydney's hip-hop scene. There, she released two mixtapes, 2015's The Great Mixtape and 2017's award-winning Birds and the BEE9, all the while generating buzz. She had been based in Melbourne for the last four years, but the next chapter of her musical journey will find her at home in Zambia.

As displayed in her Tiny Desk, Sampa's artistic strength comes from the ease with which she cultivates connectivity. Music becomes a mode of generative healing that she shares with her bandmates, some of Lusaka's best musicians, collaborators and audience. It's the type of energy people need in this moment: precious and infinite.

Sung reflects on how, as a young classical pianist, she stuck to her jazz dreams. More recently, she's translated her emotions on social justice into a thematic composition for her quartet.

NPR's Ari Shapiro talks with Jonathan Ward on his new 100-track compilation of early recordings from around the world called Excavated Shellac: An Alternate History of the World's Music.

For Black History Month, NPR member station KUTX is featuring some of the Black artists shaping the Austin music scene.