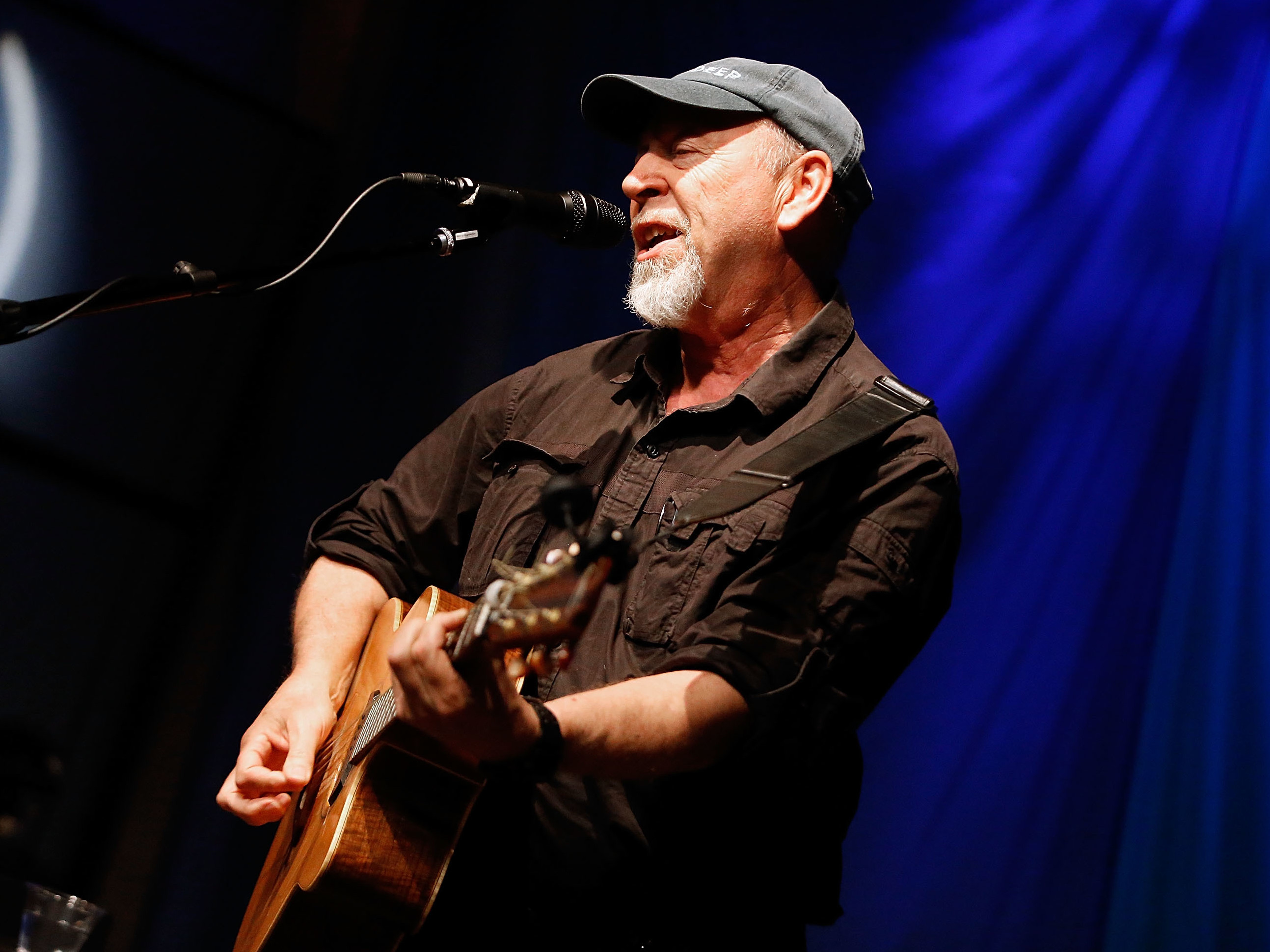 In Beeswing: Losing My Way and Finding My Voice, 1967-1975, Thompson looks back on difficult memories that turned into familiar songs. // Getty Images, Paul Morigi


Richard Thompson has been making music for a very long time. From his days in the late 1960s as a teenage guitar player and songwriter with the seminal British folk rock group Fairport Convention to his roaring partnership with then-wife Linda Thompson, and his many years as a solo artist beyond.

Critics have compared his songwriting to Bob Dylan's, and put his guitar chops up there with Jimi Hendrix. Yet for the most part — despite years of touring, recording and multiple Grammy nominations — Richard Thompson remains largely under the mainstream radar. Now 72, he's released a memoir called Beeswing, Losing My Way and Finding My Voice, 1967-1975 recounting his early, inspired days as a musician.

Some of the most interesting parts of Beeswing (named after one of his songs and inspired, says Thompson, by the late writer Scott Timberg) talk of difficult moments earlier in his life that 20, 30 even 40 years later became songs. Little snippets he stored away about a hollow sexual experience, or an encounter with a mentally ill fan. "The songwriting process is lying those memories to rest. It's something that disturbs you that you want to deal with, and I'm just sorry it takes me that long to process," he says.

Over the years, Thompson has assembled a loyal cadre of fans, many of them musicians like Bonnie Raitt, for whom he's opened live more than 70 times.

"In terms of depth and range and how he is able to move me so deeply," Raitt says. He's up there in the top five of all the best of all time, in my opinion."

"You can draw on objects and place names that have achieved some kind of mythology," he says. "Cars' names have a resonance, like Cadillac. You've got half a song there already, just put the word Cadillac in the title. Cadillac something, or something Cadillac. I'm not American. What am I going to do?"

Simple, really: For one ballad, Thompson recalled that when he was a kid, his neighbor had a black Vincent, a terrifyingly fast motorcycle. So, he built the song around it and invented the characters, James the outlaw and Red Molly, his girlfriend.

Despite the brilliance of the songwriting and guitar work many fans are left wondering why Thompson hasn't received wider fame. But at the same time they're happy that they get to see him perform in more intimate settings like theaters and clubs as opposed to stadiums.

Thompson has spent the pandemic hunkered down in his home in New Jersey. In addition to his memoir, Beeswing, he's been working on two EP's, a full album and a musical play. He's planning a socially distanced outdoor show in June to add to the some 10,000 performances he's already got under his belt. And he can't wait.

"Like every other musician I am itching to get back out there, get back on tour and hug a few people," he says.

The Argentine duo performs a haunting and captivating set of covers, including songs by Leonard Cohen and Feist.