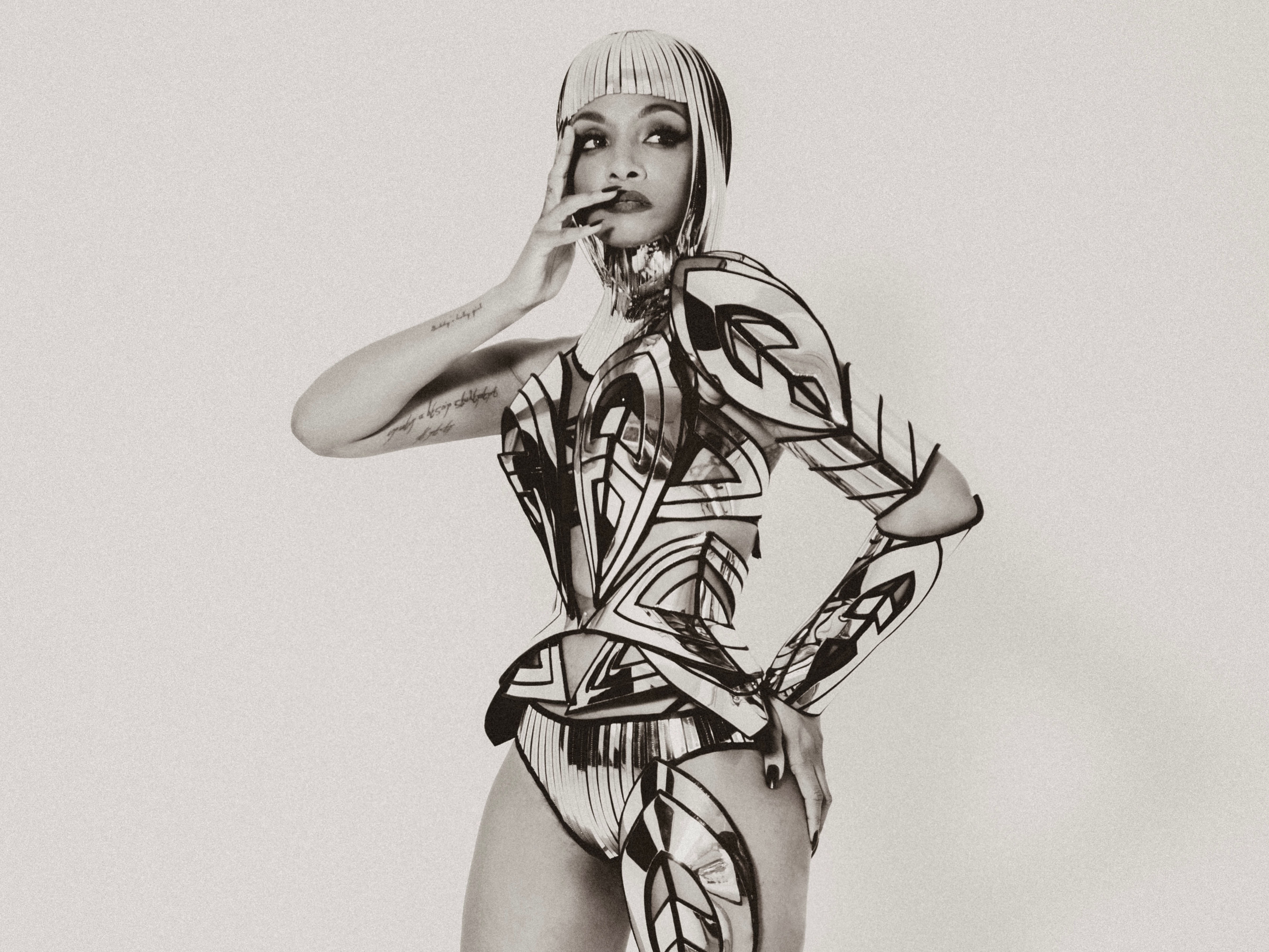 The Listening Party is over, but you stream the album below.

Join us in an online listening party for Dawn Richard's Second Line. With WNXP's Jewly Hight in the host chair, we'll feature a live conversation with Richard herself — along with Dawn's mom, Debbie! The event will take place on release day, April 30, at 2 p.m. ET.

Dawn Richard makes music drawn from life and, as such, has been an unclassifiable creator ever since Danity Kane, the girl group she co-founded, first broke up in 2009. She's a singer, songwriter, producer, dancer, animator for Adult Swim, owns a vegan food truck — she works. Richard boldly and rightly opens Second Line proclaiming, "I don't need a genre. F*** it. I am the genre." Though her core is pop, strains of dance, bounce, funk, synth-pop, hip-hop, R&B and electronic music swirl together in a sound that's all her own. And like 2019's New Breed, her sixth solo album pays tribute to her New Orleans roots, featuring contributions by producer Ila Orbis and Richard's own parents.

So please join us in the chat to ask questions, or just to shout out your love and thoughts to Dawn Richard. Let's listen together!


The Pioneering Legacy Of The International Sweethearts of Rhythm

NPR's Michel Martin speaks to Cathy Hughes about the International Sweethearts of Rhythm, the all-female band of which her mother was a founding member, and their legacy.

St. Vincent On The Sleazy '70s Sounds And The Background Stories Of 'Daddy's Home'

Jones became a pop star and sex symbol in the 1960s with "It's Not Unusual," "Delilah," and "What's New Pussycat?" His new album is Surrounded by Time. Originally broadcast in 2003.